Dragons Out posters and book extract

As part of the Indiegogo crowdfunding campaign, a perk called Dragons Out poster was available. I've shipped the posters in October and used Redbubble service for the poster print & delivery. As a side effect of that choice, anyone else can now easily order a poster from there! It is a really nice poster -  a combination of two pictures from the Dragons Out book. The poster page is here for anyone who is interested.

And of course, you can still preorder more of my book at https://www.dragonsout.com/p/preorder-dragons-out-book.html

The book extract of the week is below. Enjoy!

They were about to leave for breakfast in the castle mess hall when a young messenger appeared at their door. She conveyed the invitation of Lord Walther to come to the main hall for breakfast. Sage Cho, the knights Yellowbeard and Swanlake, and ten other knights were in the hall talking to the lord. The night's damage was greater than before. One knight died as a result of injuries from the dragon's claws and another as a result of burns. They couldn't consider this dragon as a routine case any longer. The knights had already promised to set up larger catapults and crossbows on the towers and walls. They would do more damage if they could just hit the dragon. The lord also wanted to know if the resourceful youngsters had other ideas for banishing or killing the dragon.

At some point, a bad defect usually starts to hurt more and affect more places in the software and more users. Then its effect is much greater. This problem is called technical debt. Removing it is cumbersome and expensive. The development team should have removed the defect as soon as they found it, rather than accepting that the team naturally creates and finds defects during software development. In the story, they should have banished the two-headed dragon completely before it killed someone. The tower building crew has settled with temporarily vanquishing the dragon, and now they pay the price. 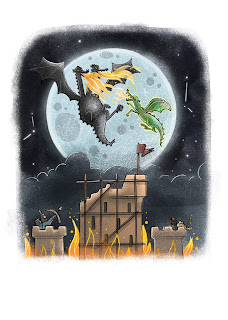