April 20, 2020
Dragons Out book's English version is in the publishing process of Austin Macauley. Currently, I don't have a publishing date proposal from them, but the book is proceeding nicely. As for the Finnish version, I have two offers from Finnish publishers and I am pondering them.

The big question for both language versions of the book is the effect of Covid-19 pandemic to book sales in general. I think both versions can be available well in time for the Christmas market, but is that a good time to launch a book this year? Drop me a line through the contact form, and give me your opinion. Thanks very much for helping in this bit of market research.

Today's excerpt from the book for your enjoyment is taken from Chapter 6 which is about usability. This particular piece gives the background for the adventure, and it is talking about isolation, appropriately for these Covid-19-ridden times. I hope you find it amusing.

People suspected that the dragon wanted to be near golden treasures, which were in the basement of the castle under the middle tower. On its first visits, the dragon had circled the central tower before settling on the tallest tower. Maybe the dragon smelled gold. However, it was by no means able to access the gold. Probably it came back from time to time to check if people had moved the gold to a place where it would be easier to steal. At least that is what many castle sages thought.

Even if there is a desire to eliminate usability problems, it can still be impossible, as poor usability can be an integral part of the chosen technical architecture that cannot be changed. The software can do certain things, but with less usability. Perhaps better software isn’t available. In the story, the castle gold attracts the dragon again and again, but since the trouble only affects one tower every few years, over the centuries, no-one has bothered to fix the situation. Perhaps no one has seriously tried to banish the dragon. This failure to get things done is often the case with usability problems. There always seem to be more important things to do, and people have to live with poor usability. 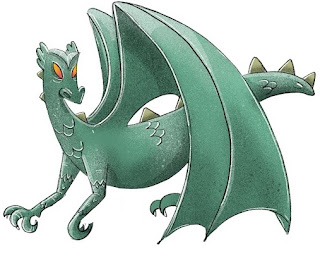 One major goal with my Dragons Out book project has been to reach all the schools in the world to give the students the opportunity to learn about software testing. I realize this won't happen with the book alone, not even translated to multiple languages. There needs to be also free content for available for anyone. I have created a PowerPoint presentation that is suitable for 1 or 2 lessons in school. The presentation is Creative Commons licensed, meaning everyone can use it as long as they attribute me as the source. The presentation carries the same fantasy theme as in the books but it is set more into a lesson format. I piloted the presentation and even though students liked it, for teachers there is some learning before they can deliver the presentation well. To make the learning of the teacher easier, I've created a recording of the presentation and uploaded it to YouTube. You can either play the recording to students or use it for practising to deliver the presentation
Read more

On autumn 2020, I'm running a campaign where for each sold three copies of the Finnish version of the Dragons Out book I will donate one book to Finnish schools. For the English version of the book, I don't have a possibility of extra donation, but you can donate some of the books you buy to your local school. You could buy books for yourself, your child, friends, colleagues, stakeholder groups, anyone! Of course, you could also buy books directly for your local school.  Deadline for the Finnish donation campaign is Oct 20, 2020, although you can, of course, preorder books also after that. Preorders by Dec 9, 2020, will be in time before Christmas. Why not make this year's Christmas present a nice Dragons Out testing & fantasy book? The publishing date of the Finnish book is Dec 1, 2020, so I'll be able to get the books to you in time for Christmas deliveries. For the English donation campaign, you can also preorder, but my publisher in the UK has not yet confirmed
Read more

SUBSCRIBE to receive story samples and news about the book!